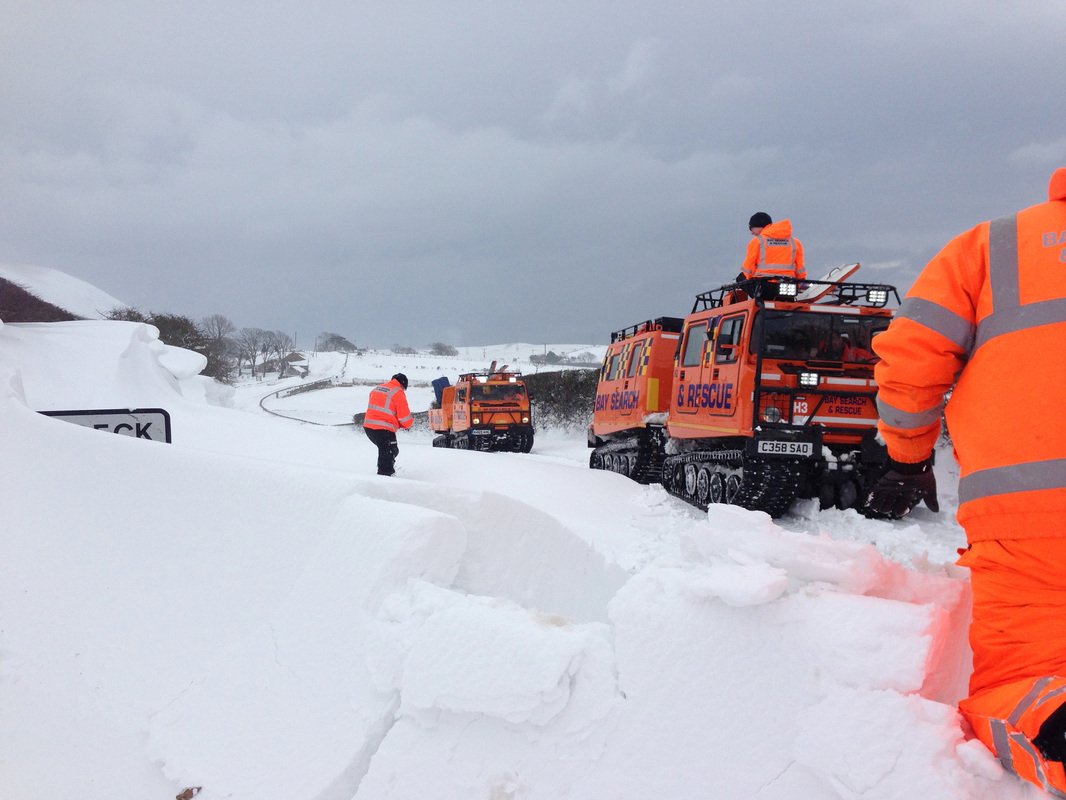 408 Man hours (and lady hours) was put in by the team over the weekend. Over 300 litres of fuel used, in total we had 7 vehicles in Millom at different points 2 Hagglunds, 2 Land Rovers, 2 DAF Trucks to transport the Hagglunds and the team minibus/ambulance to bring in and out relief crews. The team ‘lived’ in Millom Fire station (hard floors!) and worked alongside Duddon and Furness MRT to bring out over 70 people from the A595 near Bootle, some had been trapped in their cars for many hours. The Hagglunds were the only vehicles capable of getting through to cars around Bootle, and at one point there were 24 people in Hagglund 3! The worst weather we have seen in the Lakes. Check out more photos in our galleries. 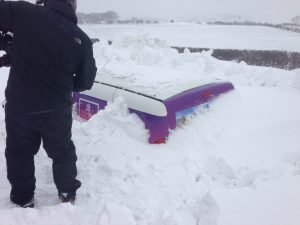 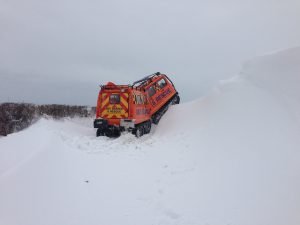 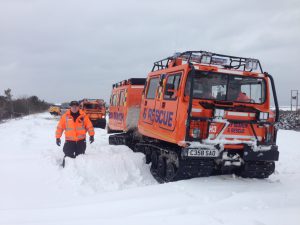